Experts estimate that adults over the age of 70 account for approximately 75 percent of all flu deaths. Many elderly people are strongly encouraged to get the flu vaccine to prevent the illness and its complications: pneumonia, hospitalization and death. But influenza immunization has not been effective at reducing risk, nor has it been thoroughly tested in placebo-controlled clinical trials.

In one study, published in The Lancet, researchers in Seattle reviewed medical charts of more than 3500 seniors over three influenza seasons. Participants were between the ages of 65 and 94 years. Researchers found that factors unrelated to the flu, such as history of smoking, frailty, and pre-existing conditions like heart and lung disease, skewed results of previous studies and overestimated the benefits of immunization.

Another study, published in the Archives of Internal Medicine, reported that while the number of adults aged 65 years and older who received the flu vaccine increased from 15 to 20 percent before 1980 to 65 percent in 2001, there was no reduction in the number of flu-related deaths. In fact, there were more. The vaccine was not protective.

Instead of influenza immunization, older adults should reduce their risk of catching the flu by washing their hands frequently, getting plenty of sleep, and avoiding people with upper respiratory infections. Eating a nutritious diet, optimizing digestion, and engaging in regular physical activity are also essential for maintaining a healthy immune system.

Simonsen L et al. Impact of influenza vaccination on seasonal morbidity in the US elderly population. Archives of Internal Medicine, 165:265-272, February 2005.
Posted by Dr. Sarah Cimperman, ND at September 30, 2012 No comments:
Email ThisBlogThis!Share to TwitterShare to FacebookShare to Pinterest 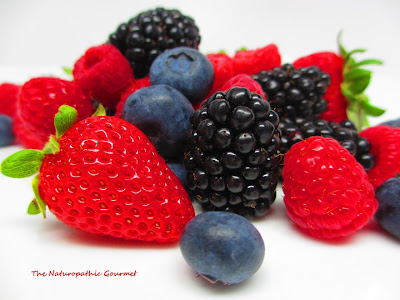 This isn't what the study says at all.

It's true that the amounts of vitamins and minerals weren't significantly different between the organic and conventional foods, but nutrients have nothing to do with whether foods are organic or not. Nutritional content has to do with the environment plants grow in.

So organic foods may not always be more nutritious than conventional foods but that doesn't mean they aren't healthier.

They are healthier. Even the Stanford researchers concluded that "Consumption of organic foods may reduce exposure to pesticide residues and antibiotic-resistant bacteria."

According to a report from the U.S. Department of Health and Human Services, the National Institutes of Health, and the National Cancer Institute, pesticides approved by the Environmental Protection Agency have been linked to several kinds of cancer including "brain/central nervous system, breast, colon, lung, ovarian, pancreatic, kidney, testicular, and stomach cancers, as well as Hodgkin and non-Hodgkin lymphoma, multiple myeloma, and soft tissue sarcoma" (connective tissue cancer).

Eating organic food reduces our exposure to cancer-causing pesticides and superbugs, and it decreases our risk of developing cancer and life-threatening infections.

Organic foods have other advantages too:


So keep buying organic, especially when it matters most. Prioritize animal products because they are near the top of the food chain. This includes meat, seafood, eggs, and dairy products. 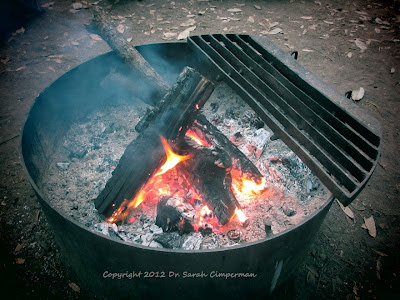 School may have started but summer isn't over yet.
(The autumnal equinox is on September 22nd this year.)

Late summer and early fall are some of the best times to enjoy the great outdoors. There are fewer mosquitoes, the sun is less intense, and the weather is mild. Day are still warm but no longer hot and humid, and nights are cooler and more comfortable, sometimes even a bit chilly. Conditions are perfect for a campfire.

Cooking over a campfire isn't as convenient as cooking at home, but it can be just as fun if you get organized and plan meals ahead.

My friend Keely, who I call the Campfire Gourmet, prepares the most impressive meals in the middle of nature. It's always such a pleasure to camp with her. Left to my own devices, I usually keep things simple.

My camping staples include lots of fresh fruits and vegetables, a jar of home-made vinaigrette, and foods that don't have to be kept cold or require cooking before eating like hard boiled eggs (with a little sea salt), tinned fish, and Lara bars. 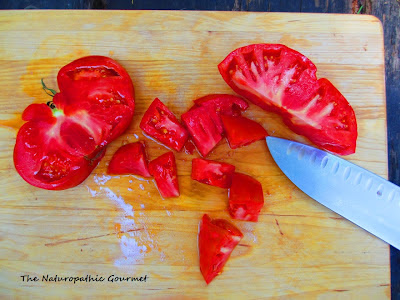 I do like a fresh, hot meal at night when I'm camping. I usually pack proteins like wild salmon and pasture-raised sausage frozen inside a cooler. They won't thaw in time for the first dinner, so I also pack some food pouches prepared ahead of time that I can cook with very little effort. It's especially welcome after a long journey.

Recently I camped in the California Redwoods with my friend Juliah and we made Aromatic Salmon Pouches for dinner and Dark Chocolate Bananas for dessert. It's easy to do: Assemble them before you leave home, then nestle them in some red hot campfire coals about 10 minutes before you're ready to eat them. 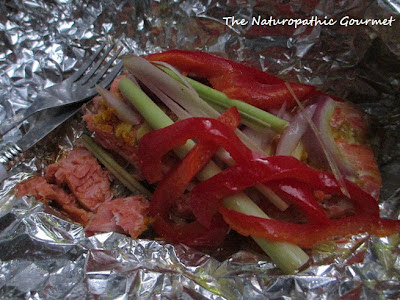 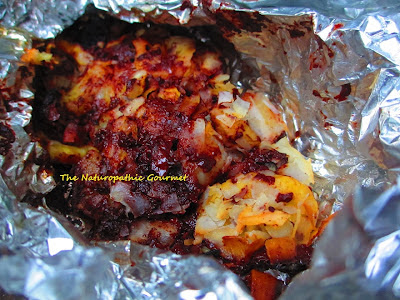 Posted by Dr. Sarah Cimperman, ND at September 16, 2012 No comments:
Email ThisBlogThis!Share to TwitterShare to FacebookShare to Pinterest

The Whole-Food Guide to Strong Bones offers
a holistic approach to strengthening bones and rebuilding bone mass. Author Annemarie Colbin explains why bones need more than calcium and how diet can help (leafy greens top the list on
page 113).

She also offers recipes using the foods she recommends, including tofu, tempeh, seaweeds, fish with edible bones, and home-made soup stocks. Colbin even includes a section of Recipes Featuring Healthy Fats and explains how to make your own ghee.

I'm looking forward to making the Five Hour Fish Stew (with ginger and miso) on page 223.
Posted by Dr. Sarah Cimperman, ND at September 09, 2012 No comments:
Email ThisBlogThis!Share to TwitterShare to FacebookShare to Pinterest 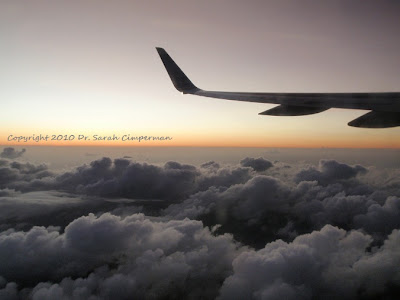 Being sedentary for extended periods of time increases the risk of blood clots. Whether you're working in an office, riding on a train, or flying off into the sunset, increase circulation throughout your body, relieve muscle tension, and help prevent blood clots by taking time to do these simple stretches every hour.

Most of these activities can be done in a seated position but I've included some standing stretches as well. Perform each activity slowly and gradually, and do not bounce while you stretch. Hold each position for 15 seconds.