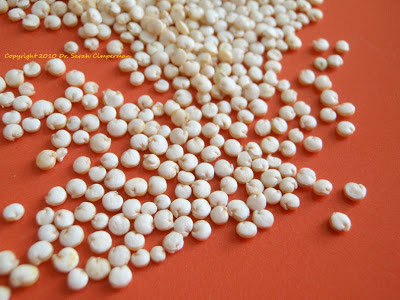 In the past, doctors have cautioned parents against introducing certain solid foods to infants too early for fear that babies would be more likely to develop food allergies.

But recent research suggests that introducing foods early can actually reduce the incidence of allergic illnesses.

One Finnish study found that the lowest rates of atopic diseases like allergies, asthma, eczema, and hay fever were associated with:

When introducing solid foods to babies, avoid giving them foods they could choke on. Start new foods one food at a time and wait at least 3 days before introducing another new food to make sure there is no reaction. Symptoms don't always show up right away and may take a couple of days to manifest.

Symptoms of food sensitivities may include sneezing, runny nose, skin rash or diaper rash, changes in stool, or irritability. If any of these occur, discontinue the new food and wait until the symptoms have cleared before you to introduce another new food.

Never introduce new foods when babies are ill, especially they have symptoms of colic, cramps, diarrhea, or rash.

Does Fish Oil Cause Prostate Cancer? 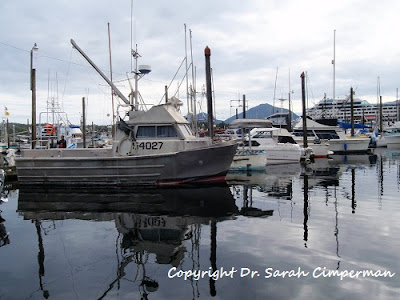 A recent study published in the Journal of the National Cancer Institute reported that high blood levels of omega-3 fats were associated with a higher risk of developing prostate cancer (Brasky 2013).

It was a retrospective observational study, not a randomized controlled trial, so it didn't prove that taking fish oil causes prostate cancer.

There were several problems with this study:


This study also comes into conflict with several other studies which have found fish oil to be protective against prostate cancer. For example:

So don't change your consumption of fish or fish oil based on this study. Continue eating fish and seafood and taking fish oil if your naturopathic doctor has recommended it.

When you're selecting fish and seafood, choose smaller species that live low on the food chain. Use the Environmental Defense Fund's Seafood Selector to get the most up-to-date information on toxicity alerts and sustainability ratings.

According to the recent report from the U.S. Department of Health and Human Services, the National Institutes of Health and the National Cancer Institute, exposure to pesticides approved by the Environmental Protection Agency has been linked to the following forms of cancer:


Still-developing babies and children are most susceptible to the adverse effects of toxic pesticides. A study published in the current issue of Pediatrics measured levels of pesticides in more than 1,100 children between the ages of 8 and 15. Researchers found pesticides in 94 percent of children and those with above average amounts had twice the risk of attention-deficit hyperactivity disorder (ADHD).

Avoiding pesticides is best, but it's not always possible. When organic foods are unavailable or unaffordable, take some help from the Environmental Working Group and make informed choices about what to eat and what to avoid with their Shopper's Guide to Pesticides. 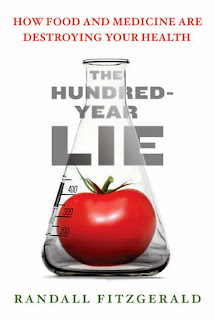 In The Hundred-Year Lie: How to Protect Yourself from the Chemicals That Are Destroying Your Health, investigative journalist Randall Fitzgerald debunks the promise of "better living through chemistry" and explains "how food and medicine are destroying your health."

Inside this book you'll learn which common food additives interact synergistically to cause nerve damage (aspartame, MSG, and food coloring), why up to 99 percent of ingredients in personal products can be excluded from labels (trade secrecy laws), why we'll never know the health effects of most chemicals in combination (testing only the most common 1,000 chemicals in combinations of 3 would require 166 million experiments), and why phasing out dangerous toxins doesn't end the problem (damage done by chemical exposure decades ago can be passed on to future generations).

Fitzgerald writes, "merely by choosing a diet of pure foods and a lifestyle free of synthetics, we can detoxify ourselves and initiate the healing of many degenerative illnesses and diseases." Reading this book is a good place to start.