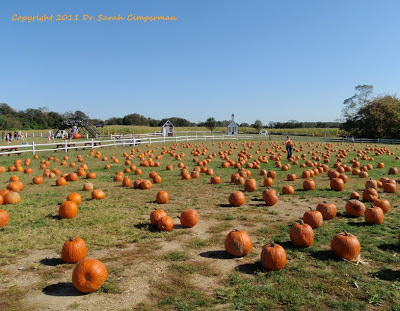 Hypertension is the medical term for blood pressure that remains elevated over time. According to the National Institutes of Health, it affects most people in the United States at some point in their lives.

Guidelines from the Seventh Joint National Committee on Prevention, Detection, Evaluation and Treatment of High Blood Pressure advocate early treatment with anti-hypertensive medications for people with mild hypertension and millions of Americans take them.

The well-respected Cochrane Collaboration, an international, independent, not-for-profit research organization, recently published a meta-anaylsis, a study of studies, that calls this practice into question.

Researchers at the University of British Columbia analyzed data from 4 randomized placebo-controlled trials (the gold standard). The studies lasted 4 to 5 years and followed nearly 9,000 people with mild hypertension taking diuretics, beta blockers, reserpine, or placebo. Some people were taking two or more medications.

The researchers concluded that drug therapy did not reduce the risk of coronary heart disease, cardiovascular events like heart attacks and strokes, or death.

Not only were the drugs ineffective, but their negative side effects caused 9 percent of participants to withdraw from the studies.

The most effective treatments for mild hypertension are natural ones that correct underlying imbalances in the body:

People who need more support should talk to their naturopathic doctor for individualized recommendations. Natural supplements can be helpful but they aren't right for everyone, so always seek advice before adding anything new to your routine.


Balneotherapy is the practice of bathing in mineral water from natural underground springs for therapeutic purposes. It may also involve the topical application of natural mineral-rich clays. Balneotherapy dates back to ancient times but now modern medicine is recognizing it as a valuable intervention for musculoskeletal pain.

Researchers found that balneotherapy was safe and effective in reducing musculoskeletal pain, although the duration of relief varied from two weeks to one year. Different results may be due to differences in the composition of cations and anions contained in the water, which vary by geographical location, or the treatment itself, as some baths were paired with other modalities such as physical therapy.

Balneotherapy is available in areas with natural underground hot springs. On a recent trip to Ecuador I enjoyed soaking in the springs at Termas de Papallacta, tucked high in the Andes mountains. Fortunately, you don't need to go to South America to find them. Hot springs are scattered across the United States and most common in areas of recent volcanic activity like Hawaii, Washington, Oregon, California, Idaho, Wyoming, Nevada, Utah, Colorado, Arizona, and New Mexico.

In upstate New York, treatments are available in Saratoga Springs at the Roosevelt Baths inside Saratoga Springs Spa State Park and at a limited number of spas around town. If you visit the park, bring a cup to taste the water from various underground springs, piped through spigots and fountains. Each one has a unique flavor due to its unique mineral composition.

Françon A. and Forestier R. 2009. Spa therapy in rheumatology. Indications based on the clinical guidelines of the French National Authority for health and the European League Against Rheumatism, and the results of 19 randomized clinical trials. Bulletin de l'Académie Nationale de Médecine 193(6):1345-56.
Posted by Dr. Sarah Cimperman, ND at October 21, 2012 No comments:
Email ThisBlogThis!Share to TwitterShare to FacebookShare to Pinterest

Sleep and the Common Cold 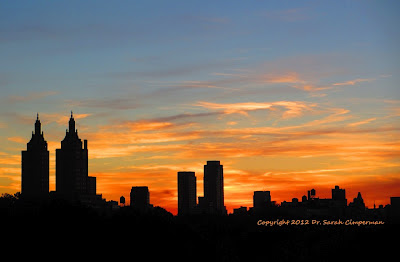 Getting plenty of sleep is one of the best ways to stay healthy during cold and flu season.

In a study published in the Archives of Internal Medicine, researchers in Pittsburgh studied the effects of sleep on immunity. For  two weeks, 153 healthy women and men between the ages of 22 and 55 reported their sleep duration (how many hours they slept each night), their sleep efficiency (the percentage of time they spent in bed asleep), and whether they felt rested the following morning. After the two weeks, they were exposed to a common cold virus.

Researchers found that more sleep the people had before they were exposed to the cold virus, the higher their resistance to infection. Adults who slept less than 7 hours were almost 3 times as likely to develop a cold, compared to those who slept 8 hours or more.

Sleep efficiency was also a factor. Participants who reported less than 92 percent efficiency were five and a half times as likely to come down with a cold compared to those whose efficiency was reported to be 98 percent or above.

How does sleep make our immune systems stronger?

Sleep can actually turn our genes on and off. It doesn't change our genetic code, but studies show that it does change how our genes are expressed, which determines how our bodies, including our immune systems, work. Other research has found that lack of sleep can suppress the immune system by inhibiting activity of "natural killer" white blood cells on patrol for viruses and bacteria (and cancer cells).

Getting more sleep during cold and flu season can reduce your risk of infection, but the benefits don't end there. Studies show that adequate sleep can also improve learning and memory, reduce inflammation, and decrease the risk of cardiovascular disease, diabetes, hormone imbalances, autism, and Alzheimer's disease.

Reduce Your Exposure to Arsenic 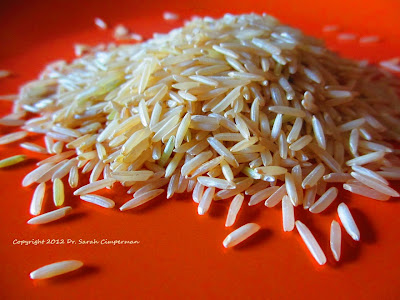 Arsenic is a naturally-occurring but poisonous metal that can cause serious health problems like cancer and even death in high doses. No official limit has been set for foods but the Environmental Protection Agency limits arsenic to 10 parts per billion (ppb) in drinking water.

According to the Environmental Working Group, "the National Academy of Sciences estimated that people drinking arsenic-contaminated water at 10 parts per billion would have a 1-in-300 risk of developing cancer over their lifetimes."

Arsenic is a real concern and water isn't the only place it's found. It's showing up in more and more foods.

Consumer Reports magazine recently tested 223 samples of rice and rice products: rice cakes, rice crackers, rice pasta, rice flour, rice milk, rice syrup, and rice vinegar. They found arsenic in every single sample. Rice vinegar had arsenic levels below 10 parts per billion (4.6 to 7.3) but every other product exceeded the limit and most had levels in the hundreds. The highest was 963 ppb, in Arrowhead Mills Organic Sweetened Rice Flakes, a ready-to-eat cereal.

And other reports have confirmed that arsenic is added to chicken feed, as an antiseptic agent, and it can show up in the meat we eat.

Arsenic occurs naturally in rocks, soil, and water, but it's also been added to the environment in the form of pesticides which continue to contaminate our soil and the food crops that absorb them. Arsenic is also used to harden other metals like copper and lead and make glass, lumber preservatives, and semiconductors.

We can't taste arsenic but we can still reduce our exposure. Here are four steps to get started:

It's good to avoid sweetened and processed foods whether they contain rice or not. If you eat whole grains, experiment with other varieties like quinoa, millet, and steel cut oats.

#2  If you must eat rice, boil it like pasta and drain it before eating.

Boiling rice causes some of the arsenic in the outer layer to leech out into the water.

People who are overweight, have high blood sugar, or have an increased risk of developing diabetes, cardiovascular disease, Alzheimer's disease, or cancer should consider going grain-free. Eating fewer starches like grains and sweeteners is the best way to lower high levels of blood sugar and insulin, to reduce the storage of fat, and to prevent chronic illness.

Get your carbohydrates from vegetables instead. If you eat starchy fruits and vegetables like bananas, potatoes, carrots, and beets, make sure to get plenty of leafy greens as well. Make green vegetables half of your meal and starches a quarter at the most (or none at all).