Your Meat On Drugs 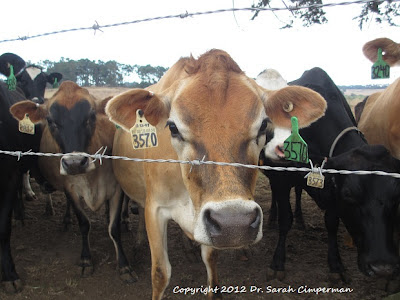 We can't taste antibiotics or hormones, but most meat-eaters in the US consume them every day.

A report from the Office of Inspector General, part of the United States Department of Agriculture (USDA), found that violations among meat producers are rampant (4 plants had more than 200 violations) and acknowledged that consuming residues of drugs in meat "could result in stomach, nerve, or skin problems."

Meat from CAFOs has also been found to be contaminated with antibiotic resistant bacteria. According to an analysis of data from the FDA by the Center for Science in the Public Interest, 80 percent of all antibiotics sold in the United States are used on cattle, pigs and poultry. The over-use of antibiotics in animals has greatly contributed to the rise of "superbugs" and antibiotic resistance in humans, which has become a major health crisis. Antibiotics fed to animals are even turning up in plant foods when crops are treated with manure from CAFOs.

Pesticides in meat have been linked to other health problems including hormone imbalances, weight gain, imbalances in intestinal flora, problems with digestion, and in children, cognitive and behavioral problems.

When we consume meat, milk, or eggs from grain-fed animals, the chemicals in their bodies become chemicals in our bodies. Bacteria may be neutralized by cooking but the other chemicals aren’t and even the USDA warns that these “residues may produce toxic or allergic reactions.”

Avoid grain-fed animal products and choose grass-fed and pasture-raised meats instead. Animals raised on pasture aren't routinely given drugs or grain-based feeds contaminated with chemicals. Because they eat their natural diet, they're naturally healthy and they don't need drugs.

Healthier animals produce healthier products. Compared to grain-fed animal products, those from grass-fed and pasture-raised animals have been found to contain more carotenoids (precursors to vitamin A), vitamin E, antioxidants like glutathione, and conjugated linoleic acid (CLA), a polyunsaturated fat found to protect against cancer.

Find grass-fed and pasture-raised meats, eggs, and dairy products at your local farmers' market and grocery stores like Trader Joe's and Whole Foods.

Center for Science in the Public Interest. 2012. Antibiotic Resistance in Foodborne Pathogens: Evidence of the Need for a Risk Management Strategy. Available at: http://cspinet.org/new/pdf/abrupdate.pdf.

Elliott CT et al. 1993. Effective laboratory monitoring for the abuse of the beta-agonist clenbuterol in cattle. The Analyst 118(4):447-8. 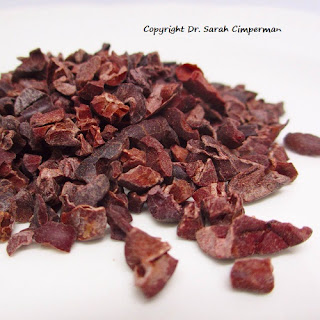 Compounds like polyphenols, flavonols, proanthocyanidins, and catechins in cocoa powder have been shown to reduce the risk of cardiovascular disease, diabetes, heart attack, stroke, and cancer, so the healthiest chocolates have the highest cocoa content.

When you're selecting chocolate, it's essential to read labels and scrutinize ingredients. Here are some things to look for:

Enjoy dark chocolate by itself, pair it with red wine, or use it to make Dark Chocolate Cranberry Clusters.

# 1  Get daily sun exposure but not enough to cause sunburn, preferably in the early morning hours, and take 800 to 1200 IU of vitamin D3 daily. Higher doses can carry side effects and so far research studies don't show bigger benefits.

# 2  Exercise regularly, even when you're busy. If you'll be traveling, take your athletic shoes along so you can exercise anywhere, even if you only have time for a brisk 30-minute walk.

# 3  Eat protein, healthy fat, and fiber at every meal.

# 4  Minimize your intake of sweets, starches, caffeine, and alcohol.

# 5  Get plenty of sleep and keep a regular schedule as much as you can.

Once the holidays are over, schedule an appointment with your naturopathic doctor to address the environmental aspects of weight gain.

More than 400 chemicals from the environment have been found in human blood and fat tissue and many of them have been linked to weight gain and obesity, as well as diabetes, cardiovascular disease, autoimmune disease, infertility, depression, Alzheimer's disease, and even cancer.

Let your naturopathic doctor tailor a detox program to meet your individual needs and help you achieve your weight loss goals.

Posted by Dr. Sarah Cimperman, ND at December 09, 2012 No comments:
Email ThisBlogThis!Share to TwitterShare to FacebookShare to Pinterest

Why Your Genes Need Traditional Food 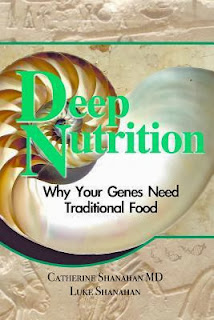 In their book, Deep Nutrition: Why Your Genes Need Traditional Food, Dr. Catherine Shanahan and Luke Shanahan delve into one of the most fascinating scientific developments to happen during my lifetime: Epigenetics. How the environment changes genetic expression. The idea that the human genome is dynamic and constantly adapting. The implication that we can control the health of our genes.

One way that we can control the health of our genes is through food. Shanahans explain that "food is like a language, an unbroken information stream that connects every cell in your body to an aspect of the natural world. The better the source and the more undamaged the message when it arrives to your cells, the better your health will be."

In this book you'll learn why organ meats were the "original vitamin supplements" (page 72), why children are best spaced four years apart (page 94), how sugar can cause birth defects (page 207), and why "every bite you eat changes your genes a little bit" (page 21).

It's a fascinating read and makes a good gift.
Posted by Dr. Sarah Cimperman, ND at December 02, 2012 No comments:
Email ThisBlogThis!Share to TwitterShare to FacebookShare to Pinterest
Newer Posts Older Posts Home
Subscribe to: Posts (Atom)